An impromptu group of concerned citizens met in December of ’06 to discuss the deteriorating condition of the Town of Groton Animal Control Facility and how they could improve things.  A follow-up meeting was held in January of ’07 and the participants decided to form a non-profit organization whose goals would be to:

•    Inform Groton citizens of the need for a new facility
•    Get a referendum on the November ’07 ballot for bond moneys for a new  structure
•    Provide continuing additional financial and physical support to the animal facility when needed.

The organization was named the Groton Animal Foundation Inc.(GAF).  GAF became incorporated in March of ’07 and in June of the same year, received its 501 (c) (3) tax exempt status.

After a great deal of publicity by GAF to inform the public, Town Council and Town Representatives and in addition, a pledge from GAF to try and raise $200,000 toward the building of a new facility, a bond was placed on the ballot for $1.7 million dollars to build a new facility.  The citizens of the Town of Groton approved the bond and the beautiful new facility is now in operation. 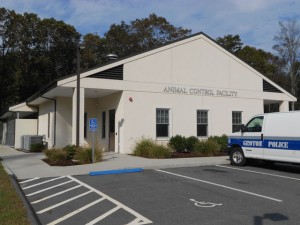 To address the second part of our mission statement, ….”advocate for the animals by educating the public and funding ancillary programs.”, GAF has established an emergency medical fund to provide additional care (beyond that which is provided by the Town) to the animals residing in the animal control facility thereby making them more adoptable.  The Foundation also supports a bite prevention program managed by Safe Kids New London County, lends support to the Groton pet food bank, and tries to fulfill any unanticipated needs of the facility.

GAF has completely furnished the facility from dog bowls to examining tables, appliances etc. In addition, built outside dog and cat runs.

Pet owners who may be struggling to feed their pets can now call Groton Social Services at 860.441.6760 to request an appointment to pick up the food.

Thanks for all the work you do-. This is for ‘Maya’.

I make and sell jewelry on a small scale, part time basis. Knowing it is the kitten season, I decided to donate 100% of my June proceeds to animals in need. It isn’t much but I help it helps! Thank you for all you do

Thank you for the work you do to help those who can’t help themselves.

I would like to take this opportunity to personally thank all of our donors. As the Animal Control Officer I am on the front lines and see how each and every donation no matter how big or small helps to improve the lives of all the animals that come through the Groton Animal Control Facility. I can’t express in words my gratitude for people like you who truly makes a difference in an animal’s life at the local level.

….Keep up your good work at the Foundation.

I want to thank you for helping my deeply loved “Juliet”. I am very grateful for your generous donation. You have eased my stress greatly.

I wish I could to more for the sheltering of the homeless animals here in Groton. I sincerely thank all of your people who care for those who just want someone to care for them and to love. Thank you and God bless you all.